If you have been on one of our shorter adventures based around the head of Loch Sunart, then you may well already know some of these stories/facts about Strontian already. If you haven't yet joined us, then there is loads more still to discover about our small village nested amongst the hills of Morvern and Sunart. 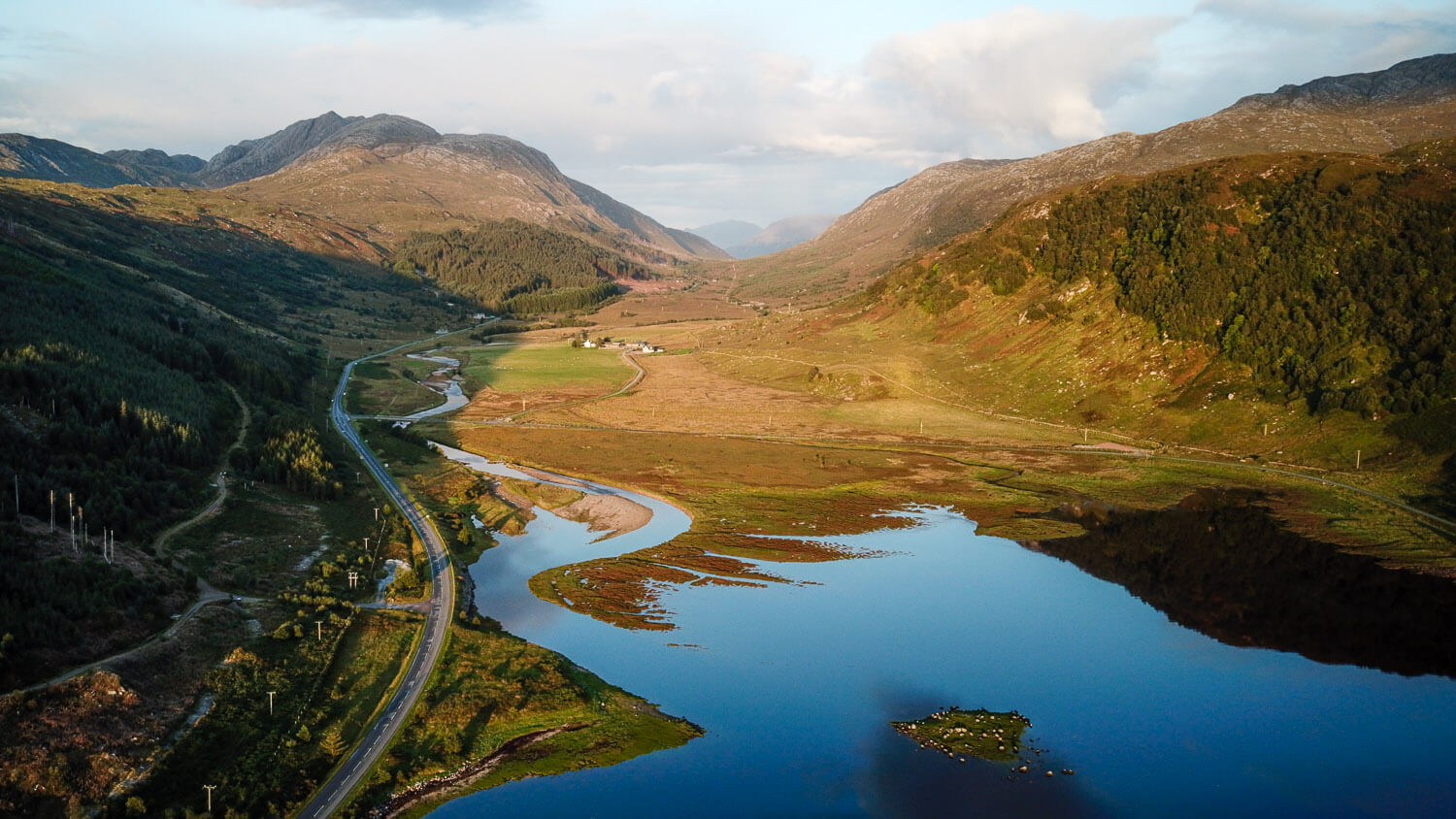 Looking up Glen Tarbet and between Garbh Bheinn (left) and Creach Bheinn (right) you can see the mountains near Glencoe on the other side of Loch Linnhe.

Your first glimpse of Loch Sunart and Strontian tells you about our connection to the element Strontium. Did you notice it when you drove in?